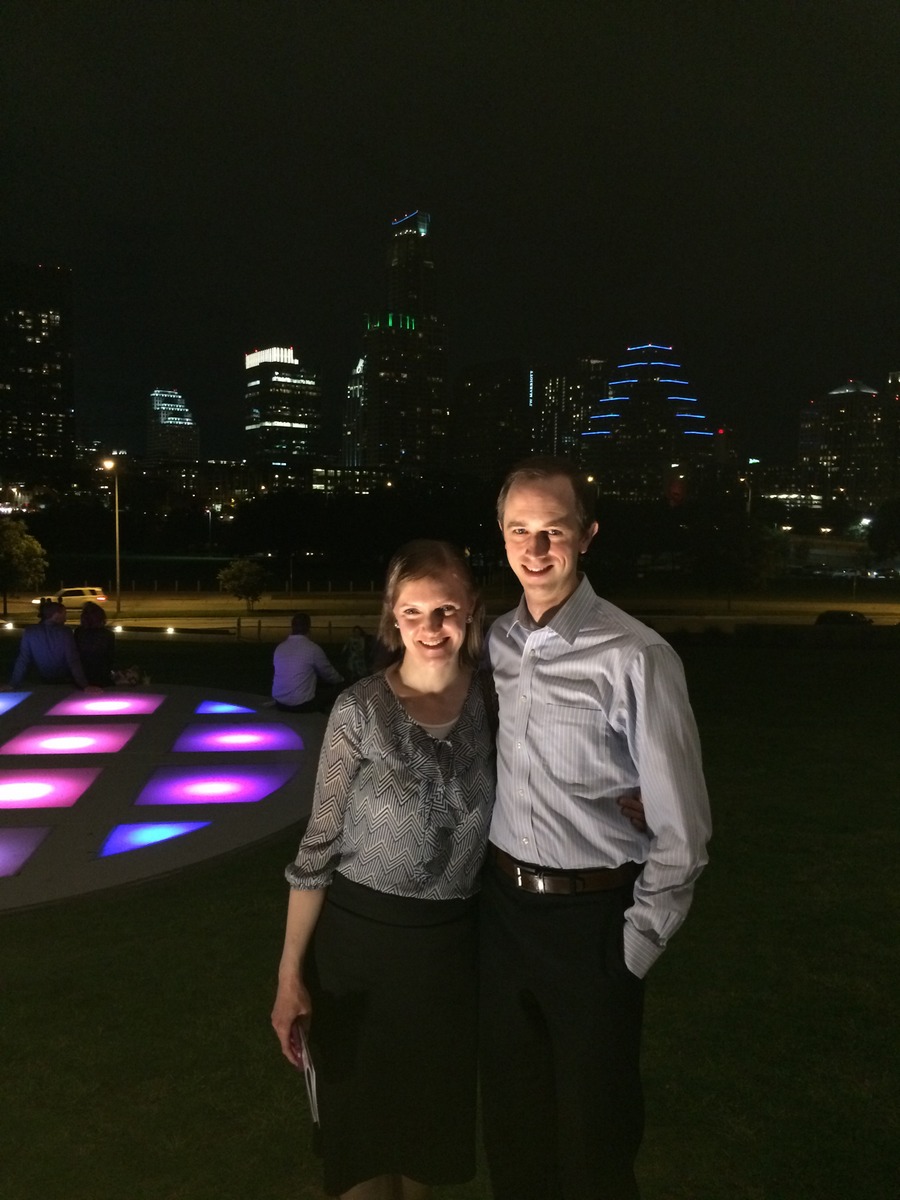 May 31, 2015May 31, 2015 Adam
We were a bit under the weather in both the literal and figurative senses of the word this week. On Monday we had massive raining and flooding all over our area. We had invited people over to have some dutch oven cobblers with us but it was raining so hard that only a few showed up. I was surprised that anyone came at all with the rain and the wind the way it was. We had water flowing down our greenbelt in our neighborhood and it was all the way full to the street. We had several tornado warnings in the area and several touched down during the storm. None were close to us but it was a bit scary. We had about a foot of water in our yard but no damage. Our main lake for the area, Lake Travis, rose 34 feet in the last week and a half and is now higher than it’s ever been since we’ve lived in Texas. It’s been a blessing to get this rain that very likely will break this drought we’ve been in.
Unfortunately, we’ve also been feeling a bit sick this week. Eliza had two hard nights with fever and was throwing up on Thursday. She hasn’t been sick like that before and it was scary to her especially when she would throw up. Sarah was also feeling a bit sick this week and had a hard day on Wednesday. We’re all feeling better now and we’re grateful that James and I didn’t get sick. James did have a fever one day but it was because he was getting his second tooth! Thank you all for your prayers this week.
James has started moving all over the place. He isn’t officially crawling yet but he can worm his way across the floor pretty good and get wherever he wants to go. He is starting to get into all of Eliza’s things. She spent most of the day today while we were at home chasing him around and taking her toys away from him. Luckily she had a lesson today in nursery on sharing!
Sarah and I got to go on a real date this week to the Austin Symphony to hear Carmina Burana. It was awesome. We’re grateful for our friends the Larsens for taking us with them.