So this was supposed to be our normal week after all of our traveling and travel recovery. We were even going to get back into the mode of exercising. All of that came crashing down when Sarah’s bathroom drawer crashed down on her big toe and fractured it in at least three places. It hurt so so bad. I’ve never seen Sarah in such pain as she was Monday morning (and I’ve seen her give birth twice). We got the kids up really quick and went over to the urgent care to have it looked at. After the x-rays came back sure enough it was broken. We got a boot for her and went home to setup an appointment with an orthopedic doctor for later in the day. I stayed home from work that day so Sarah could stay off the foot and not have to do anything. We went to the orthopedic in the afternoon and luckily one of our good friends was able to watch the kids so they weren’t wreaking havoc on the doctor’s office. The doctor was really nice and after relieving some pressure in her toe he told us to come back in 3 weeks to have it looked at again. Sarah was in considerable pain the rest of that day.

Tuesday, Wednesday, and Thursday we took it easy at home. We had a lot of rain those days. On Tuesday I got to take Eliza to her swimming lesson which was a lot of fun for me. It was pretty cold that morning but she was excited to show me how she could swim all around in the pool. She has started doing a really good job. Her teacher offered to give her an extra week of lessons because she is so close to getting over the hill to swimming without support. It is fun to see her work at something and get better at it.

Eliza and James had a lot of time to play inside this week with all the rain and because Sarah wasn’t up to getting out very much with her toe. They played with the Legos a lot and built all sorts of fun things. Eliza is a great little builder and has a great imagination. She makes farms, ovens, airplanes, trains and all sorts of other things. James started picking up on how to build things this week too and he has started to make his own little creations also. He loves doing whatever Eliza does.

Friday started to get crazy again. Sarah’s toe had some swelling from bleeding under her nail (don’t worry no pictures of this) and we had to get her back into the doctor so they could drain it and remove pressure on her toe. The problem was that the doctor wasn’t available until the afternoon and I had a scout camp to get to. Sarah was amazing and got the kids to swimming lessons and visiting teaching in the morning all by herself and then drove to the doctor where I met her. I took the kids back home and grabbed my camping gear and then went to the church to meet the scouts. Sarah met me there again and took the kids home. She was super tired and just crashed that night while I was camping.

We camped with the scouts at Granger Lake which is about 20 minutes north of our house. Because of all the rain this week the lake had risen considerably and the trail was completely covered after about the first mile. We had to bush-wack our way around for a while until we found another path. The boys were planning on doing wilderness survival where they have to stay in a shelter that they make overnight. I’m not sure if what they “made” really counts as a shelter, more like a scout sandwich on tarps, but they did stay in it overnight. We had a good time and the boys were happy that they did a hard thing. After I got back from camping, I went straight over to help a brother in the ward move 2 tons (literally) of rock and dirt to his back yard for his garden. After all that, I came home and mowed and trimmed our yard and took Eliza grocery shopping. I was exhausted and Sarah and I both just crashed Saturday night.

Church was great today. We just got to attend our classes and be rejuvenated. Here’s to hoping that we have a somewhat “normal” week next week! 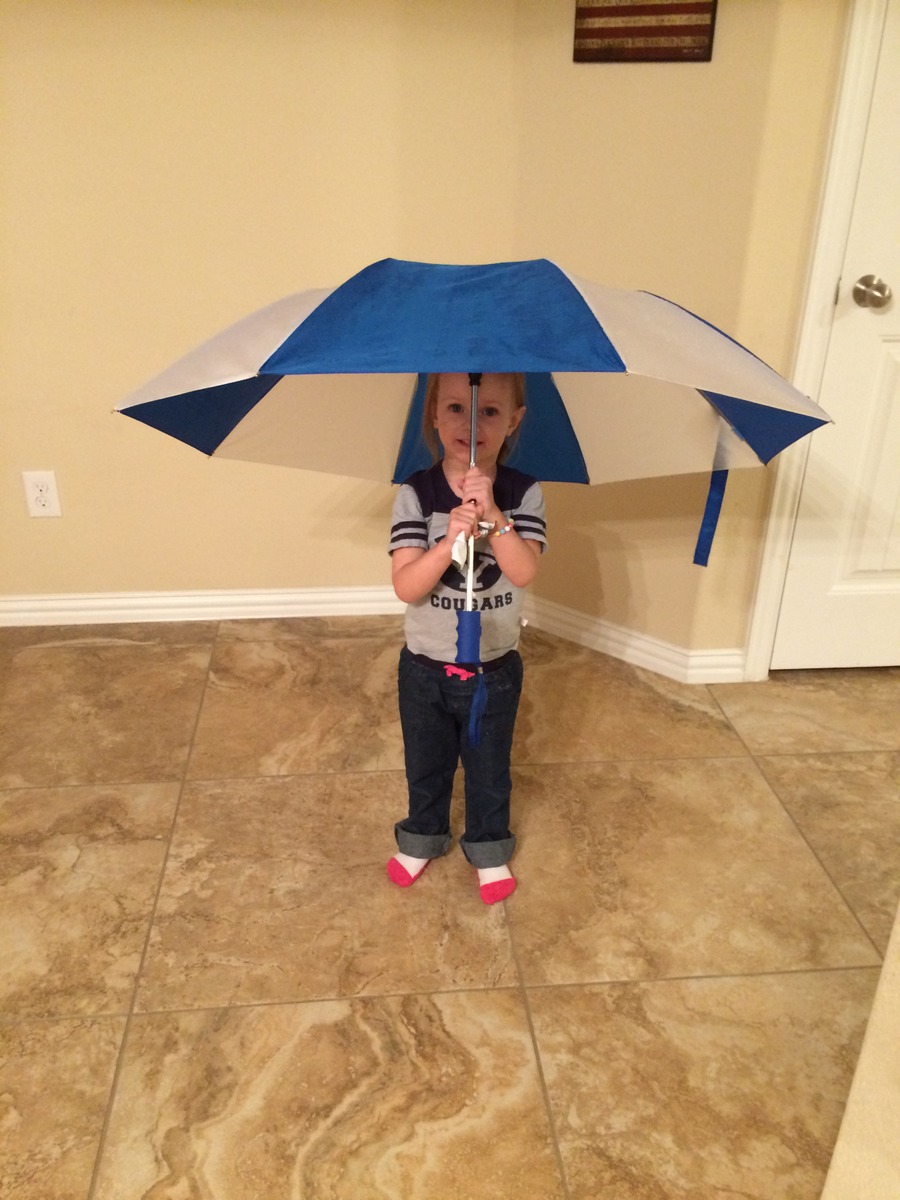 As you may have noticed we have been getting a bit of rain this week here in Texas! It has been fun. The temperature has dropped this week and it is starting to feel like fall here. We have been enjoying the cooler weather. Friday night and Saturday were particularly crazy. We had a lot of rain on Friday. I actually left work a bit early because I was worried about the storm coming in. We got about 5 inches of rain overnight on Friday and Saturday and it rained all day Saturday. I was supposed to go with the youth to the temple on Saturday morning early but it was so rainy that we cancelled the trip. There were several roads closed in Pflugerville because of flooding that morning. We had our normal lake of water in our back yard.

Other than the rain this has been a pretty standard week. I have had work every day and some of the days have been crazy. We had one of the guys on my team get loaned out to another team so we’re one man short of what we’re used to so we’re all having to pick up some of the slack.

Sarah has been great this week. She had several ladies in the area come over to decorate Halloween cookies. She spent most of the night on Tuesday making a stack of sugar cookies and then had the ladies over on Wednesday morning to decorate. She had several people come over but not as many as she had originally hoped. They had a good time even though the kids were a bit crazy.

Eliza and James got flu shots on Tuesday and so they’ve been having a bit of a rough week. Eliza was so brave. We had her come watch us get shots last week so she could see what was going to happen. When they got to the doctor she actually volunteered to go first. In telling me about it after, she said that she was a little scared and that she got a little poke. She was super. James, of course, had a harder time. He was sick the day after a bit and has had trouble sleeping since he got that shot. Eliza also has been stuffy, along with the rest of us, and is having a tough Sunday night today.